After a 2 day delay due to a plane going off the runway in Port au Prince, we expect to be landing in our hot humid other home.  As I was anticipating and reflecting upon this- the phrase "Heaven or Hell" popped up in my mind.  It reminded me that Haiti is a place of extreme contrasts, and to some it reflects hell, to others, slices of heaven.  It is truly a matter of perspective.

Sure, you can notice the obvious poverty and the violence and desperation that sometimes goes with it, but you can also be aware of the beautiful beaches and a people who value relationships.  I think about my friend Manno- and how his life is wrapped up in the contrast of this country.

I first met Manno twenty-five years ago- on my very first trip to Haiti.  He was assigned to my team as a translator, and I wasn't the only one who noticed the intelligence, kindness and wisdom of this then young man.  In fact, some of you who have known me from that ancient time ago might remember me sharing the story of visiting a poor family and discovering there was one orange for them to eat for the entire day.  But when my team of three came a'visiting, that ENTIRE orange was given to us.  I call that "Generosity Defined."   In fact, "REMARKABLE Generosity Defined," as Manno knew that my three member team was staying at a ministry center where we were served food three times a day.  Nonetheless, Manno gave us ALL he had that day when he sliced the orange into 3 separate servings and handed it to each one of us.

Honestly I didn't want to eat that orange as the sacrifice it represented was so great, yet I also knew it was a gift I must accept.  Though Manno and his family had little to give, they wanted to give it all.  They knew what Christ had done for them, and they wanted to love in as deep a sacrificial manner.  Some would say, "Ah, it's easy for him to give all as he has so little."  Clearly a sentiment belonging to someone who has never been on the brink of starvation.

So fast-forward to 2013, and you would find that the 'investment' I and some friends made in helping Manno further his education has paid off in ways none of us could imagine.  It took ten years, but due to his persistence and hard work, Manno became a doctor.  And when cholera hit his nation for the first time, and as of now, 7000 people died, Dr Manno kept his clinic doors open while others shut theirs.  After all, cholera is not a pretty disease, so many doctors simply refused to treat such patients.  But not Dr Manno.  Though most of his patients could not pay, Dr Manno refused no one.  Yes, the same man who decades earlier had given all - was still doing the same thing as he still knew the same Christ.  In fact, during the height of the infection, he was working almost 20 hour shifts- for he knew the battle was for life or death. 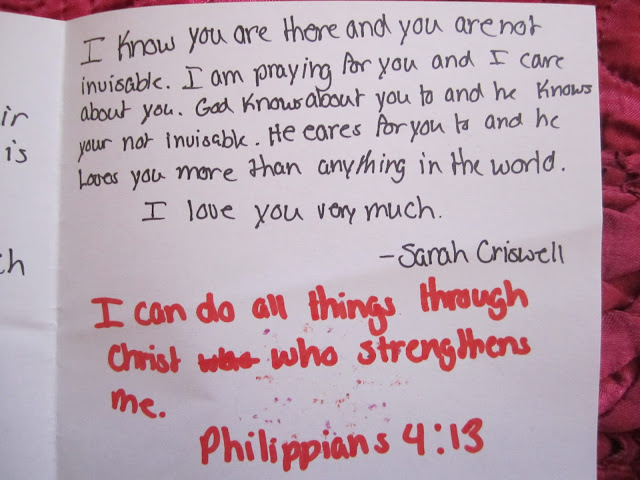 So Manno is a man  I believe represents the best of God in his country.  Though he could live in the USA, Canada or the Dominican Republic, he has chosen to stay in a poor remote area of Haiti, servicing people with health care needs- whether they can pay or not.

Do you remember I mentioned earlier that Manno's life represented to me an intersection between that Haitian tension of life and death, heaven and hell in a country of contrasts?  Here's why.   You see, earlier this year, jealous co-workers decided that even though Dr Manno lives in a modest home no bigger than most American bathrooms, they decided since he knew Americans and Canadians, he must be hiding suitcases full of cash.  So, they plotted to steal his medical clinic and car (used to get to even more remote villages where he conducted medical clinics)- and to kidnap him as well.  The first plan succeeded, the second one failed.

Dr. Manno continued to serve the people out of his front door, and the medical clinic he had labored over for so many years deteriorated in the hands of the greedy ones.  Eventually though, Manno could no longer take care of his own needs since hardly any of the sick ones who ended up on his doorsteps had the means to pay him for his expertise and care.

Why do I recount this story?  Simply because it represents both the best and worst in Haiti- and I for one want to encourage and invest in the best.  Would you join me in encouraging Dr Manno?  If he doesn't get some help (and he has not asked for it), he will be forced to move to America or Canada so he can support himself.  Haiti suffers one of the worst "brain drains" in the world with many of its finest educated citizens living outside its confines.  But Dr Manno is different.  He believes his mission is to help those who can't help themselves, and he has sacrificed his life, in a manner of speaking, by doing so.  Most people with his talent and education leave for "greener pastures" in North America,  but Dr Manno has stayed and suffered with his people- at great personal cost.

David and I arrive in Haiti later today, and one of the many "assignments" we feel God has given us is to bring Manno some seed money for his future in Haiti.  As I mentioned, Dr Manno does NOT want to move to America.  He wants to stay in Haiti and serve the poor- so I am asking, "Will you help me keep this servant of God where most needed?" 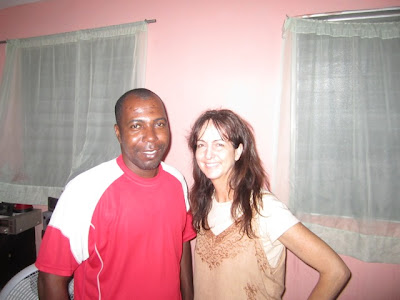 First off, if you want to help, pray for Dr Manno and his family. One of the reasons he feels he might have to move is because he has a wife and two children to support- otherwise, he wouldn't even be considering leaving the country.

Second, if you are able to make a donation of any size, please let me know.  You can contribute by making a contribution to my Paypal account (melinda@maxnet.co.nz) and making a notation it is for Dr Manno.  If you want a tax receipt though, you can write a cheque out to R U Rede Ministries, Inc and make a notation that it is to be given to Dr Manno.  You can send encouraging notes and prayers and /or contributions to:  Melinda Nelson, 13866 Dow Lane, Beulah, MI  49617.

As always, I could never to this ministry of caring without you, for as I've said many a time:

"I can't do what you do, and you can't do what I do.  But together, you and I can do something beautiful for God." (Mother Teresa)
Posted by melinda at 4:25 AM