Please pray for those suffering in Haiti: 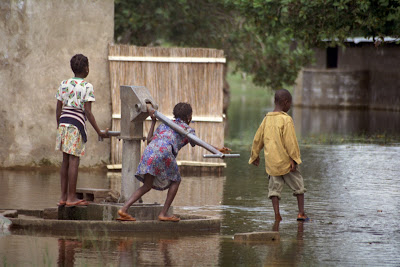 Joseph Edgard Celestin, a spokesman for Haiti’s civil protection office, said some people died trying to cross rivers swollen by rains from Sandy’s outer reaches. While the storm’s center missed the country as it passed by Wednesday, Haiti’s ramshackle housing and denuded hillsides make it especially vulnerable to flooding."

Nobody made a greater mistake than he who did nothing because he could only do a little." Edmund Burke